Nature can sometimes play a trick on us, especially when it comes to extreme temperatures.

It was what happened to this poor puppy while he was walking through one of the streets of Vladivostok, in Russia, with very low temperatures. The poor man was surprised by the ice that was on the cover of a sewer.

This noble little dog stuck out his tongue to lick the iron surface that was frozen and his tongue stuck.

The incident was recorded in a video, which has circulated on social networks, and shows when a passerby of goodwill helped this furry friend after seeing him “tied” to the cover of the street drain with his tongue.

The temperature that day in Russia’s Far East was around minus 15 degrees. It was inevitable that the whole environment was frozen, however, something caught the attention of this furry friend and he wanted to taste it with his tongue.

This man, who walked through the place undoubtedly became his hero for the animal after spilling a little water on his tongue to free it.

The images show the suffering of the four-legged friend trying to stick out his trapped tongue without success. No matter how hard he pulled back, his tongue was still attached to the lid.

The expression on this little animal’s face was one of terror at the helpless situation of not being able to break free and feel pain.

Fortunately, at that precise moment, an angel passed through the place and far from making himself look indifferent, helped him out of that painful predicament in which he found himself.

As the generous stranger poured all the water from a bottle onto his tongue, he tried to calm the dog, who was in a desperate situation.

When he finished the water without success, the man called for help and quickly went to look for more water so that he could free the dog. Actually, the effect of the water on the tongue had the expected result in a matter of seconds.

Although the images in the video do not show the moments after the puppy was released, it was known that his tail did not stop moving as a sign of gratitude and celebration for having gotten out of that disturbing situation.

The hero of this puppy stroked it and made sure that its tongue was not injured. He leaned down to greet the grateful dog and stroked his chin so that he showed his tongue again, seeing that it was in perfect condition. Watch the video below. 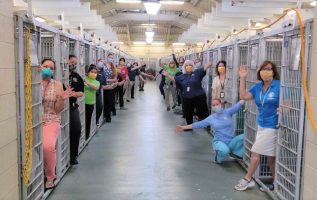 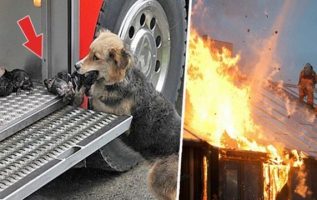 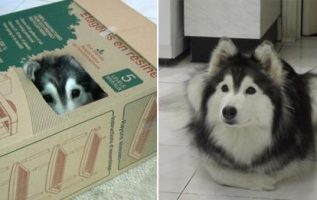 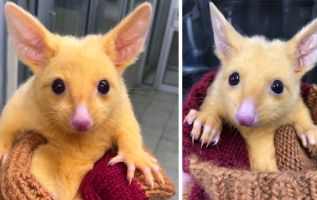 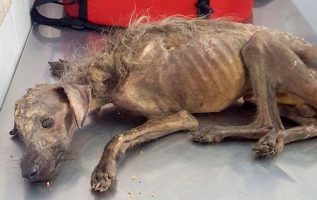