This is the beautiful moment a big-hearted woman takes off her own coat, only to put it on her shivering dog. Thankfully the woman’s gesture didn’t go unnoticed, as an eyewitness caught it on camera, with the kind lady unaware of that!

Kristina Hollie was waiting the bus, with some of her friends, at the Harvard Square in Cambridge, Massachusetts when something caught her eye. A woman was walking her dog down street, but after a few moments, they stopped in front of the post office. The woman had to go inside, but unfortunately she couldn’t take her dog with her, so she tied him to a tiny tree. It was pretty cold outside, and the adorable dog started to shake as a leaf. It is when Kristina’s heart got warmed by the lovely scene that unfolded in front of her.

“It was pretty cold and windy out,” the woman explained for The Dodo. “I noticed that he was visibly shaking. She obviously noticed too because she immediately took off her jacket and covered the dog as he sat. Maybe she thought he would kick it off, so she bent down and zipped it up around him!”

It was more than obvious that this woman takes care of her furry baby, just like he was her own child. So after she tied him up to the tree, she had taken off her jacket and put it around her beloved puppy. Though a very normal action for her, the woman’s gesture attracted all the eyes on the street with people showing their appreciation for what she did, including Kristina.

“As soon as she got up and walked past me, I told her that what she did was incredibly sweet and thoughtful,” Kristina said. “She just replied, ‘Thank you! I don’t want him to be cold!’”

The dog didn’t just felt very comfy, but he also looked so cool and fancy, dressed up with his mom’s jacket. But after all, that’s what real animal lover do! They do anything to protect and keep safe what they love!

We always protect what we love 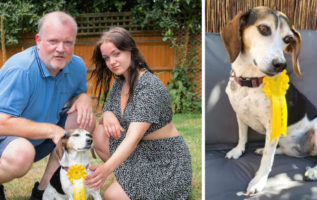 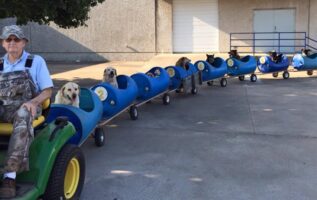 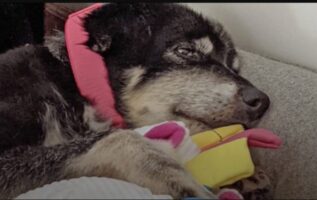 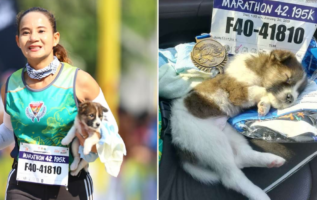 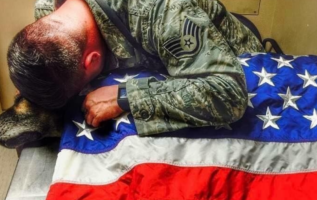 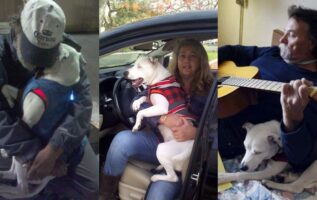