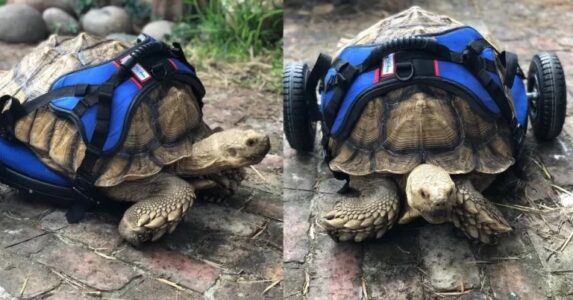 Life can be difficult for animals with disabilities, as they have a hard time getting around on their own. Fortunately, there are friendly people willing to help and with a little ingenuity to give these animals the freedom they need.

Like a giant tortoise that could barely move due to leg disease, until a group got him his own wheelchair.

George Bailey is an 11-year-old sulcata tortoise who was rescued by Jaime Loebener. But George was born with a condition called metabolic bone disease, which resulted in underdevelopment of his hind legs.

According to Walkin ‘Pets, the condition often affects reptiles that have been kept in captivity due to an imbalance of calcium and phosphorus in their diet. And while no turtle is known for its speed, George found it particularly difficult to move around his 70-pound body.

“It uses its front legs to move slowly and awkwardly,” Jaime told Walkin ‘Pets. “The bigger he got, the more difficult it became for him. He currently weighs almost 70 pounds, but can grow to over 200 pounds. ”

Turtles can also live up to 100 years, and it seemed like George would soon be completely immobile for the rest of his life. Fortunately, they found a solution. Walkin` Pets is a group dedicated to helping elderly and disabled animals. “There was a day when injured pets ‘weren’t good anymore,’” says their mission statement. “If an animal was injured, lame, incontinent or unloved for any reason, it was euthanized. Not anymore. ” When Jaime saw that Walkin ‘Pets had previously helped an injured turtle named Scoot Reeves get a wheelchair, he thought maybe they could help George, too.

Soon George got his own wheelchair, which consisted of an electric scooter and a harness that was wrapped around his shell. They especially made sure that the wheelchair rests comfortably on the turtle’s body. It worked like a spell, and for the first time George was able to move freely.

What a great way to help this disabled turtle! We are convinced that it will change George Bailey’s whole life, eventually allowing him to move. 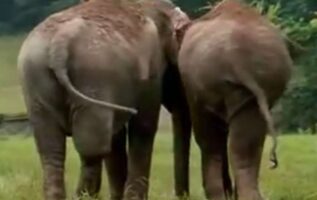 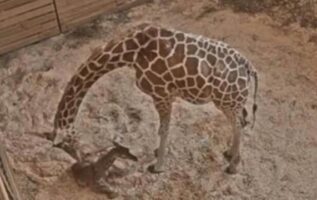 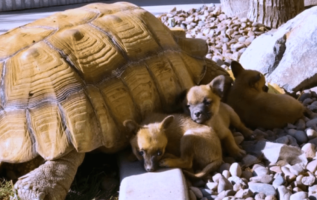 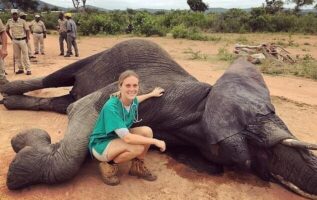 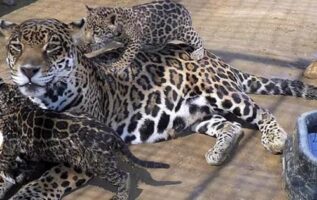 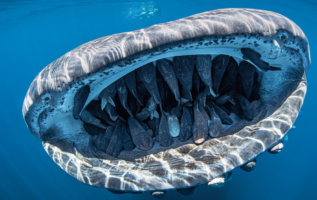