This fluffy dog and downy goose are proof that nothing can get in the way of true love and friendship.

Interspecies relationships are beautiful to see. They are proof that with a little acceptance and understanding, friendships can blossom between the most unlikely of pals. And, even a goose can become a nanny to puppies and help their mother watch over them.

When this sweet Samoyed’s owner brought home a tiny yellow gosling, she had no idea that one day the pup and the goose would become inseparable best friends. But that is exactly what happened. From the moment that the gosling joined the family, the Samoyed was smitten with the tiny goose. She followed the baby everywhere and the two because best friends. The dog watched over the gosling and as she grew, she even shared her food and water with the goose. The two were inseparable, played together, and got into mischief together. The dog even watched over her goose friend when she went swimming in her own little pool. They became so close, it was as if they were the only two in the house but there was actually a poodle also living there, too.

Once the goose grew up, it was quite a sight to see the big white goose running along with a fluffy white dog just as though it was the most natural thing in the world. They were so close in fact, that when the dog gave birth to puppies, the goose appointed herself as their nanny. From the moment the puppies were born, the goose was right there to welcome them into the world. She helped her dog friend watch over the puppies and is just as proud of them as she can be.

She mothers the little pups and watches over them as they nurse. When their mom is taking a little break, she checks on the puppies as though she is counting them and assuring herself that they are all okay. It is the sweetest thing in the world to watch this nanny goose mother the tiny puppies as if they were her own. Proof that the trust between her and the dog is very deep and true. Side by side she helps her best friend raise her puppies just like all good friends do.

Please share this adorable story with your family and friends. 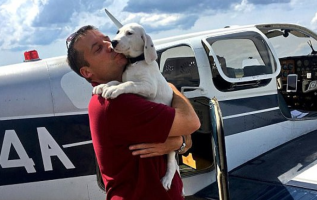 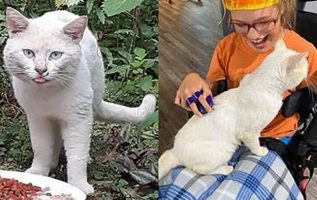 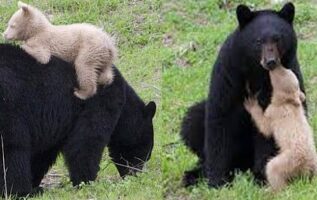 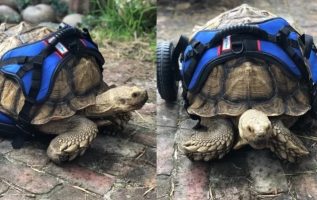 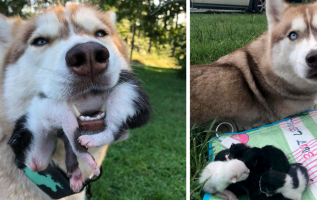 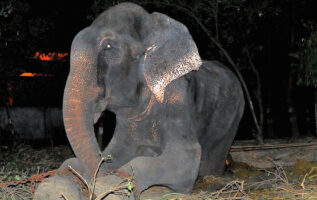